Canada is now a distinct part of NIRSA’s regional structure

Earlier this week, the NIRSA Board of Directors took the final step required by the Association’s Regional Composition Policy—which was approved by member vote in recent elections—and with the passing of a Board resolution they formally established Canada as a distinct region of NIRSA!

Alongside the six numbered regions comprising the United States, Canada is now the seventh region making up NIRSA’s regional network.

Finding Canada the right home in the NIRSA family

NIRSA uses a regional structure to facilitate engagement among members and potential members at a more local, or geographically concentrated level. Regional structures have historically been and continue to be an important and successful structure for member recruitment, retention, and engagement. They are also a means of delivering opportunities for professional development, networking, leadership development, and other programs and services.

With the establishment of the NIRSA Canadian Region, we hope to expand opportunities to enhance the work of both Canadian and US campus recreation professionals and students alike, all with the aim of supporting a shared commitment to a common vision of fostering healthy individuals and communities worldwide.

While the process of getting the new Canadian NIRSA region up and running will take place between now and May 1—when the first Canadian Regional Representative and Canadian Student Leader will take up their offices—we invite those of you who will be at NIRSA 2017 to come celebrate the establishment of a Canadian region on Thursday, February 23 at 6:30pm at National Harbor 3.

An entire day of the Annual Conference has been designated as “Canada Day” to celebrate this milestone. We’ve planned unique opportunities for dedicated educational sessions, a Canadian leadership summit, and Canadian social gatherings. The day will end with a Canadian Celebration Social marking this momentous occasion and all attendees are welcome to join in! Look for more information about the celebrations planned for NIRSA 2017 in the NIRSA News.

We look forward to many first-time Canadian attendees from student affairs, athletics, and kinesiology/academy joining us while we work to keep up the momentum as we build a formal network for Canadian professionals within NIRSA.

The long road to forming a Canadian Region of NIRSA

The Canadian Intramural and Recreation Association (CIRA) served as a place for professional development and information sharing for professionals in both secondary and post-secondary institutions during the late 70s, 80s, and part of the 90s, but hadn’t been an active organization since then.

Given the void and the growing need for a Canadian professional alliance focused on campus recreation, the Western Canadian Campus Recreation Association (WCCRA) was established as an informal organization in 2009, before evolving into the Canadian Campus Recreation Association (CCRA) in 2012. While the CCRA has grown to represent approximately 800 members working primarily in campus recreation at Canadian institutions, there has been growing discussion among leaders about how to better organize and advocate for the profession.

In 2013, for many compelling reasons including a common mission, strong infrastructure, and economies of scale, the CCRA requested an opportunity to create a “Canadian Chapter” within NIRSA. This proposition aligns with NIRSA’s vision to be the premier association of leaders in higher education; transforming and inspiring the development of healthy and inclusive communities worldwide.

After several years of work, involving countless volunteers within the CCRA and NIRSA, a formal process to establish a Canadian Region of NIRSA was paved.

In the spring of 2016, the NIRSA Board of Directors appointed eight volunteer members to serve on the NIRSA Canadian Region Task Force. By August of 2016, the Task Force had prepared and submitted for the Board’s consideration an evaluation of the proposed new region alongside a recommendation regarding it. Within the recommendation, it provided the rationale for establishing a new region, including the implications for both the current NIRSA members and the proposed new region as well as governance implication. In addition, the Member Network provided formal input regarding both the opportunities and impact this new region would have for the current NIRSA regions.

The work of the Regional Realignment Task Force—which was constituted in the fall of 2014—laid the foundation for the Board’s Regional Composition Policy which includes guidelines for establishing a new region and process to engage members in vetting a proposal.

The role of Canada in Motion

Canada in Motion, also known as the Canadian Advocacy work team, has been focused on promoting the value of campus recreation to Canadian university administrations. These leaders are a part of the larger Canadian Leadership Team (CLT), which was formed in June 2013; its members also serve as NIRSA provincial leaders. Chaired by Chris Dawe, Director of Recreation at Mount Royal University—and with the consultation support of NIRSA Past President Kathleen Hatch of Hatch Group—Canada in Motion has made incredible strides in engaging and supporting campus recreation professionals within Canada as they work to build a home for the campus recreation professionals in Canada.

Canada in Motion has been focused on two primary goals over the past year:

Canada in Motion leaders have also participated in presentations at the annual meetings of U Sports annual meeting, the Canadian Collegiate Athletic Association (CCAA), and the Canadian Association of College & University Student Services (CACUSS). In addition, valuable conversations with key leadership within the Canadian Council of Physical Education & Kinesiology Administrators (CCUPEKA) were conducted. As we head into 2017, Canada in Motion leaders expect to continue this momentum.

NIRSA: Leaders in Collegiate Recreation is thrilled to extend this opportunity for a new country-specific region to its Canadian members. We have long welcomed our Canadian members with open arms, and are now excited to be able to accommodate their diverse needs with a dedicated NIRSA Canadian Region! 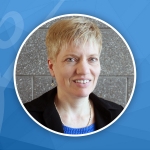 Stacey Hall, Ph.D., RCRSP, CRSS, is Campus Recreation Director at the University of New Hampshire and is a NIRSA Past President.