Be a part of a special program for women seeking to become leaders in higher education administration and student affairs.

Coproduced by several higher education associations, this unique program will bring together administrators from across campus functions to help you:

Through presentations, small-group exercises, and discussion, you will gain a practical understanding of what it takes to be a leader on a college or university campus—both the challenges and the rewards. Examine the unique roles, skills, and relationships needed to lead as higher education faces and deals with the most challenging period in 50 years.

To learn more about this event and to register, please visit ACUI.org 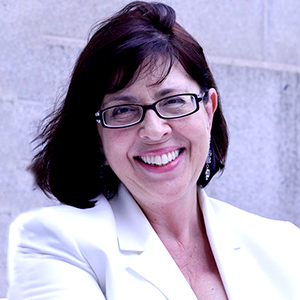 Sarita E. Brown is president and co-founder of Excelencia in Education, a non-profit organization dedicated to accelerating Latino success in higher education by linking research, policy, and practice to serve Latino students. She has spent more than three decades at prominent educational institutions and at the highest levels of government working to implement effective strategies to raise academic achievement and opportunity for low-income and minority students. She started her career at The University of Texas–Austin by building a national model promoting minority success in graduate education. Later, Brown served as executive director of the White House Initiative for Educational Excellence for Hispanic Americans under U.S. President Bill Clinton.

An advocate for educational equity, her efforts have been recognized by many including, the Harold G. McGraw Jr. Prize in Education for “innovative thinking, strong leadership and accomplishment by example” and Honorary Doctorates from North Carolina State University, Carlos Albizu University, and the University of Saint Joseph. 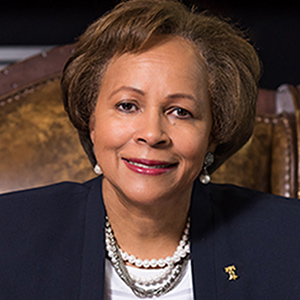 Dr. Phyllis Worthy Dawkins is former president of Bennett College. Under Dawkins’ leadership, the college gained national prominence because of her efforts to lead a successful $9.5 million fundraising campaign, her lead role in a bipartisan legislative effort, and her presidential appointment to a White House Advisory Board. The legislation that Dawkins’ spearheaded enabled Historically Black Colleges and Universities to defer payments to the HBCU Capital Finance Loan Program, which over a six-year period will result in $8.9 million that Bennett will use to stabilize financially, invest in capital improvements, and continue growing enrollment.

Attending the Women’s Leadership Institute has been the most rewarding professional development opportunity in my career to date. I spent four days being challenged, empowered, inspired and motivated by some of the most accomplished women leaders in Higher Education. I connected with women all over the country, at all different levels of leadership, who helped me remove personal barriers and re-imagine my professional target list. From cover letter must-do’s to crisis management to negotiating, the institute covered all the must know topics for any professional looking to stay current and at the top of their game. This institute helped me understand that connecting with other women and supporting them is vital to our success in the academy; and left me with new connections guiding my journey.

The content and recommendations drew me to learn how I can improve my contributions and serve my University from a more well-rounded point of view. My department is part of an academic unit, we do not work daily with Student Life professionals and this helped bring me back to the student life perspective.

NIRSA Members are encouraged to log in and join the Women’s Leadership Connect Community to connect with others about this event.

“Women’s Leadership Institute for Higher Education” group on LinkedIn. This group is open for registrants only, and you will be invited upon registration. In the meantime, build your LinkedIn profile for full effect.

Join the Facebook group “Women’s Leadership Institute Participants & Friends” to chat with other participants and attendees.