From the time two state schools in the Midwest devoted spaces and resources to campus recreation, a century ever-growing commitment to programming, participation, inclusion, and outside-of-the-classroom learning has prevailed for students and faculty in higher education.

As more and more campuses began to offer recreational sports, these programs caught the attention of scholars who were interested in their positive effects on campus culture and students’ quality of life.

Dr. William Wasson was one such scholar, who discovered the value of intramurals studying Physical Education under Elmer Mitchell at the University of Michigan in 1946. He went on to develop his own intramural program at Dillard University, and in 1948 commenced a study, with funding from the Carnegie Foundation, titled “A Comparative Study of Intramural Programs in Negro Colleges.”

The results of his study were shared with the institutions that participated in his research. The discussion culminated in an Intramural Summit at Dillard on February 22, 1950, where the 20 intramural directors gathered there, representing 11 Historically Black Colleges & Universities, formed the National Intramural Association. The NIA was the first organization of its kind, bringing intramural program leaders to share skills and wisdom to advance the good work of their profession.

The face of the Association changed a great deal in the next few decades, adapting its purposes and membership to changes in the profession and national culture. The first step was for the NIA to move on from its roots in Historically Black institutions to encompass the whole intramural community. Women were excluded from membership from 1959 to 1971. Other changes in leadership and affiliations saw the National Intramural Association change its name to the National Intramural and Recreation Association and back again in the late fifties, and finally to the National Intramural-Recreational Sports Association in 1975. But our mission has remained consistent: to support recreational sports professionals in creating communities of well-being on campuses everywhere. 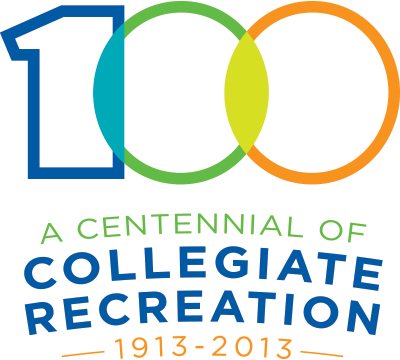 Collegiate recreation has flourished from a hodgepodge of opportunities that originally catered to the needs of a minority of students to comprise a well-integrated, inclusive range of offerings that inspire millions of students every year.

Today, as we celebrate a Centennial of Collegiate Recreation, NIRSA Members can be found on more than 700 campuses. Our Annual Conference, commemorating the first Intramural Summit in 1950, is now a gathering of more than 2,000 inspired professionals. Our organization has grown a great deal from those original 20 participating program leaders, with a busy staff and thousands of active members sharing time and skills to continue in the aim that moved Dr. William Wasson: to share the benefits of intramurals with millions of students.

NIRSA is excited to celebrate collegiate recreation centennials around the world. Let us know if your campus will be celebrating a centennial.