Congratulations to the following movers and shakers within NIRSA!

Are you on the move? Update your profile!

Members on the Move

Dylan Hast, formerly Fitness and Recreation Specialist at Rosalind Franklin University of Medicine and Science, is now Assistant of Opperations at Coe College.

Derek Hottell, formerly Director of Recreational Sports at Virginia Commonwealth University, is now Coordinator of Accreditation at University of Louisville.

Are you on the move? Update your profile! 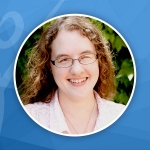 Megan Granholm is currently the Membership Services Coordinator at NIRSA. You can reach her by emailing megan.granholm@nirsa.org.