At the end of August, Mary Callender—NIRSA’s longest ever tenured staff member—is set to hang up her lanyard for the last time, after 26 years of employment.

Back in the summer of 1995, when NIRSA Headquarters was a wing in the CH2M Engineering building near the Oregon State University campus, a bright-eyed Mary Callender turned up with a resume in-hand and offered to take a job working for NIRSA. 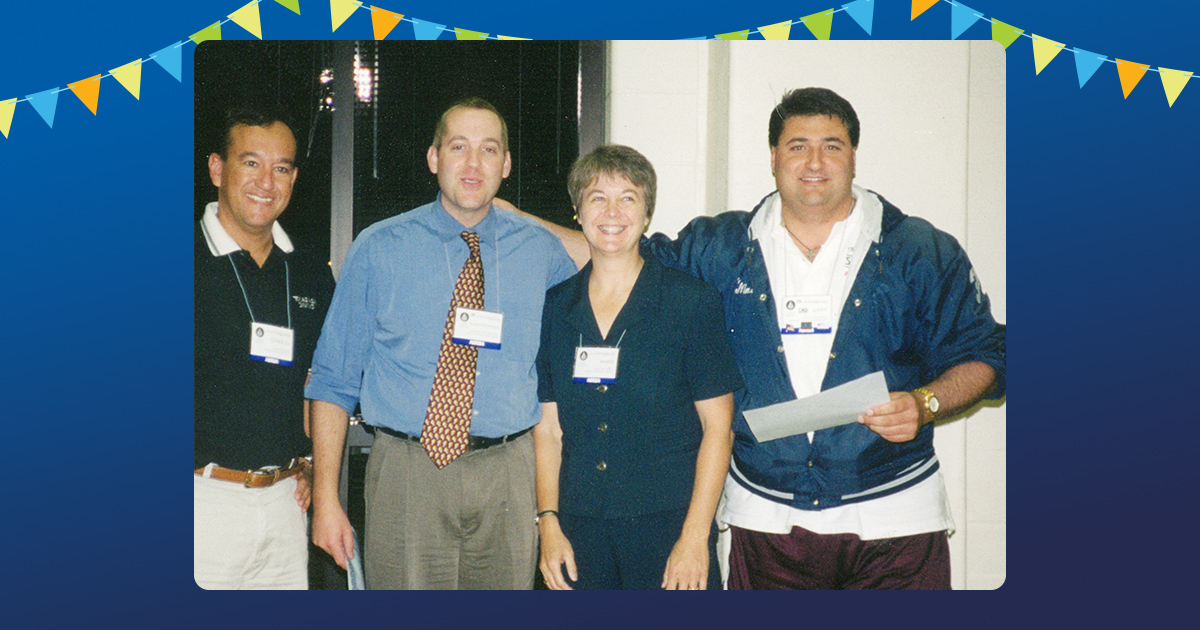 NIRSA HQ was located in that building because it housed the file cabinet which NIRSA’s first Executive Director Will Holsberry had moved with him in his transition to Oregon State from Texas Tech while serving as NIRSA’s Executive Secretary. Mary had come to Corvallis with her husband Bill Callender, who had taken a position in Oregon State University’s Recreational Sports Department. Will, Natalie Kovac, and a few other staff members stood there looking at Mary a bit confused, since NIRSA hadn’t advertised for new applicants—the Association wasn’t hiring. 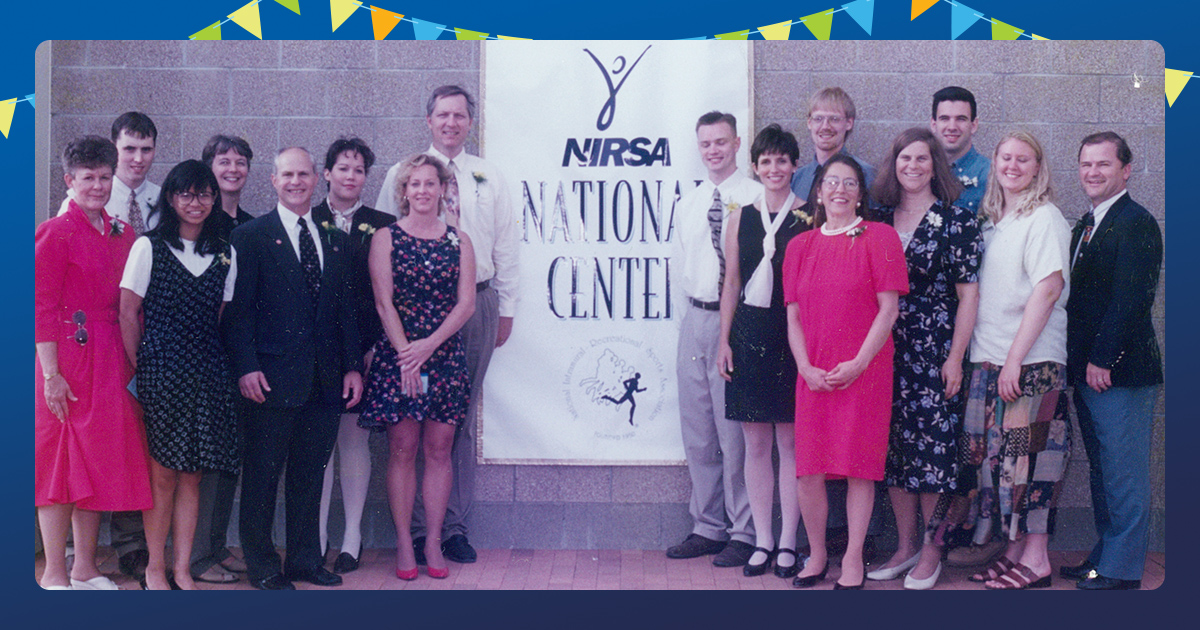 But Will must have liked something he saw in the plucky South Dakotan and he could see that big changes were just on the horizon for NIRSA. The Association had recently purchased 2.29 acres of land in Corvallis, Oregon for the building of NIRSA Headquarters (originally dedicated as the NIRSA National Center).

And Mary’s background as a lecturer in Sam Houston State University’s Department of Health & Kinesiology and as Assistant Director of Outdoor Recreation also at Sam Houston State has certainly been an advantage to NIRSA’s evolution over the past quarter of a century.

For more than a third of this organization’s 70-plus-years-of-history, Mary has been both an anchor and a sail for the NIRSA member ship (get it?): her steady leadership at the Annual Conference, and a raft of other learning events over the decades, have brought continuity and credibility to this organization; she’s also been a crucial staff liaison to volunteer groups pursuing all things new or different. 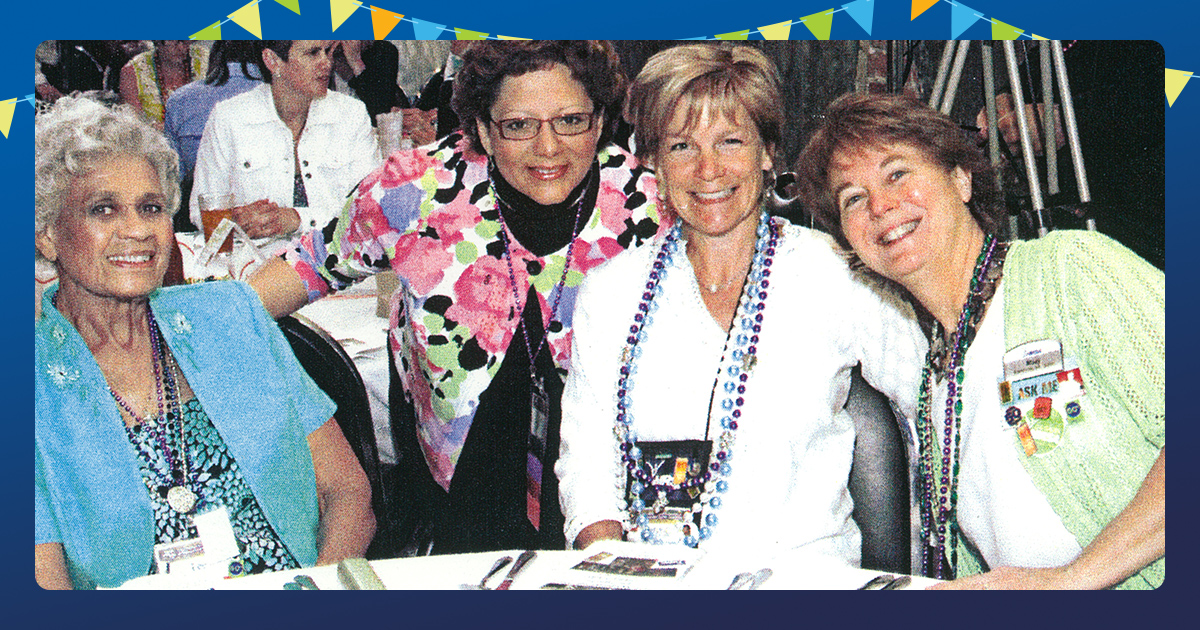 “She has such a positive personality and never seems rattled,” says Mary O’Mahoney, Director at California State University – Bakersfield, who first met Mary while working as a volunteer during the 1997 NIRSA’s national championship tournament for volleyball, hosted by the University of Arizona. Reflecting on more than two decades, Mary says, “she probably doesn’t realize the positive impact that she has had on so many people through her kindness, willingness to help, and positive approach to life. The entire organization is better because of the efforts and work put in through these years by Mary. Her contributions may be listed but her impact on people is immeasurable.” The two Marys always set aside time to meet up during NIRSA’s Annual Conference.

Mary is one of only two members of NIRSA Headquarters team to have worked with all three of NIRSA’s Executive Directors: Will Holsberry (1986-1997), Kent J. Blumenthal (1997-2011), and Pam Watts (2011-). During her tenure, she pioneered or filled-in for pretty much every role at NIRSA Headquarters. “Not unlike campus recreation departments across North America over the past three decades, Mary has been a model for our team’s values, as the staff has grown to support members, and roles have become increasingly specialized: she’s innovative, effective in leadership, positive, an advocate for wellbeing, and just a generally great teammate,” says Pam. 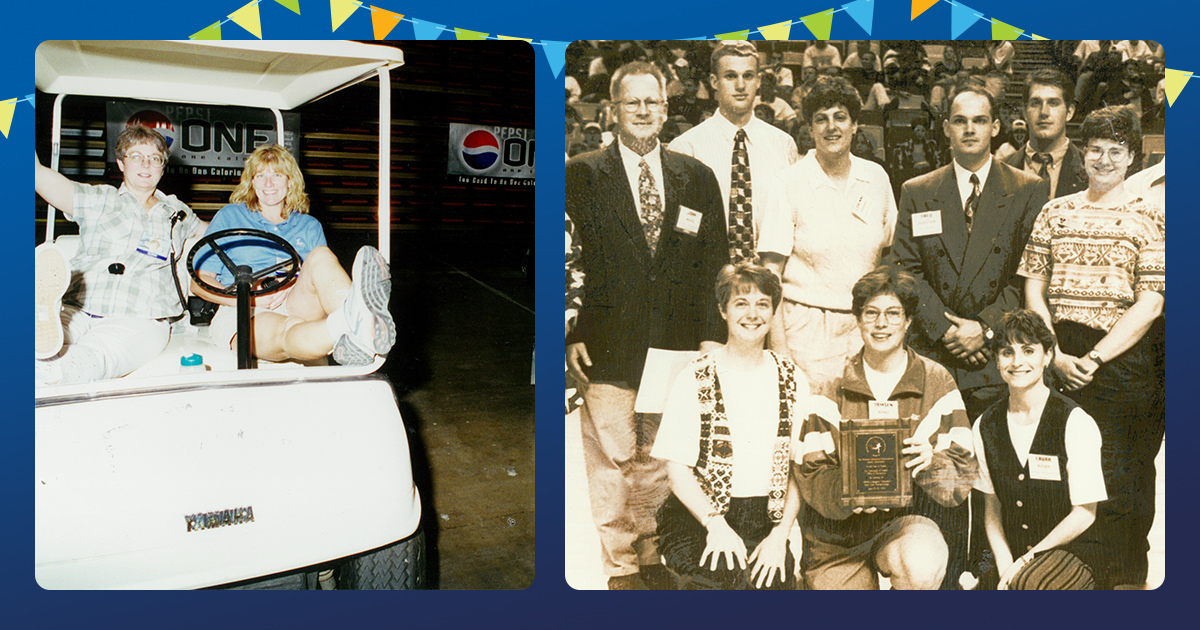 “NIRSA’s membership has benefited greatly from her hard work in the early years of the NIRSA Sport Club Championships,” says Randall Ford, Associate Director-Communications and Development at the University of Texas at Austin. “She led by working countless hours with tournament hosts, sites, teams, coaches, regional coordinators, and governing bodies to establish the foundation of those events and ensure their early success. That foundation led to the establishment of the NIRSA Championship Series and all of the opportunities it provides to NIRSA members and students,” says Randall. And Randall knows a thing or two about the growth of The Series.

Looking beyond the Champ Series, Randall adds, “her steady hand has guided many other areas at NIRSA HQ and throughout the association. Her leadership will be sorely missed by all of us in campus recreation.” Randall first met Mary when he entered graduate school at Sam Houston State University, and she was the Outdoor Recreation Director and a member of the Kinesiology and Health Education faculty. 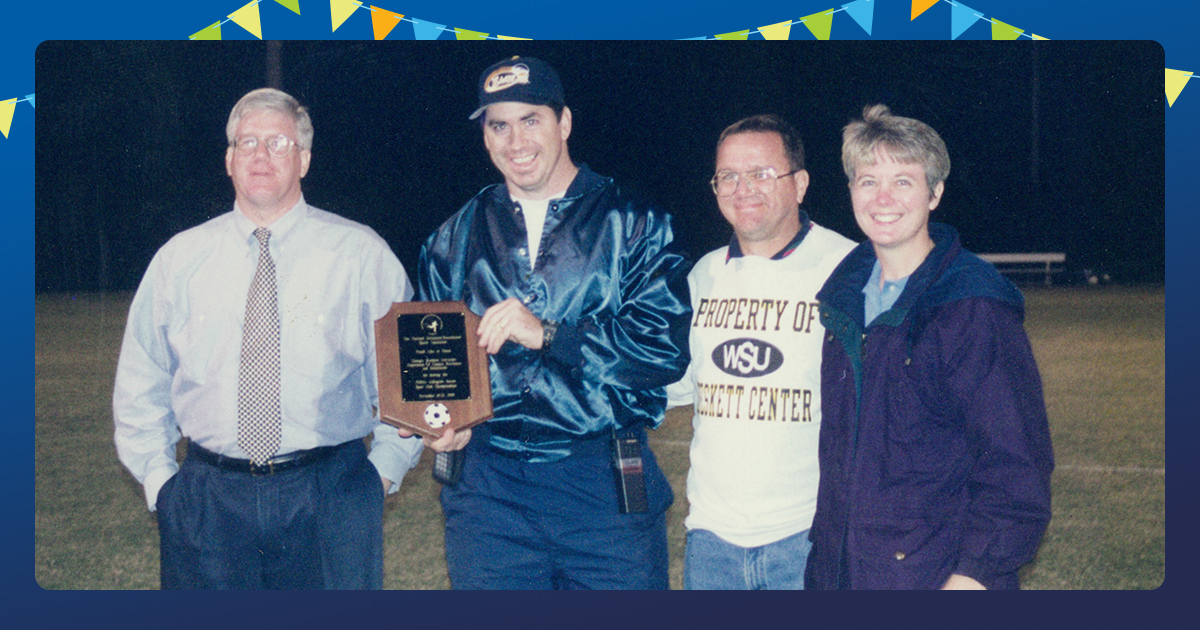 In our tribute to Mary and in an effort to show newer members just how much has changed during her tenure with the Association, we employ another sensation that made its debut around the same time Mary came to NIRSA Headquarters: the internet meme. 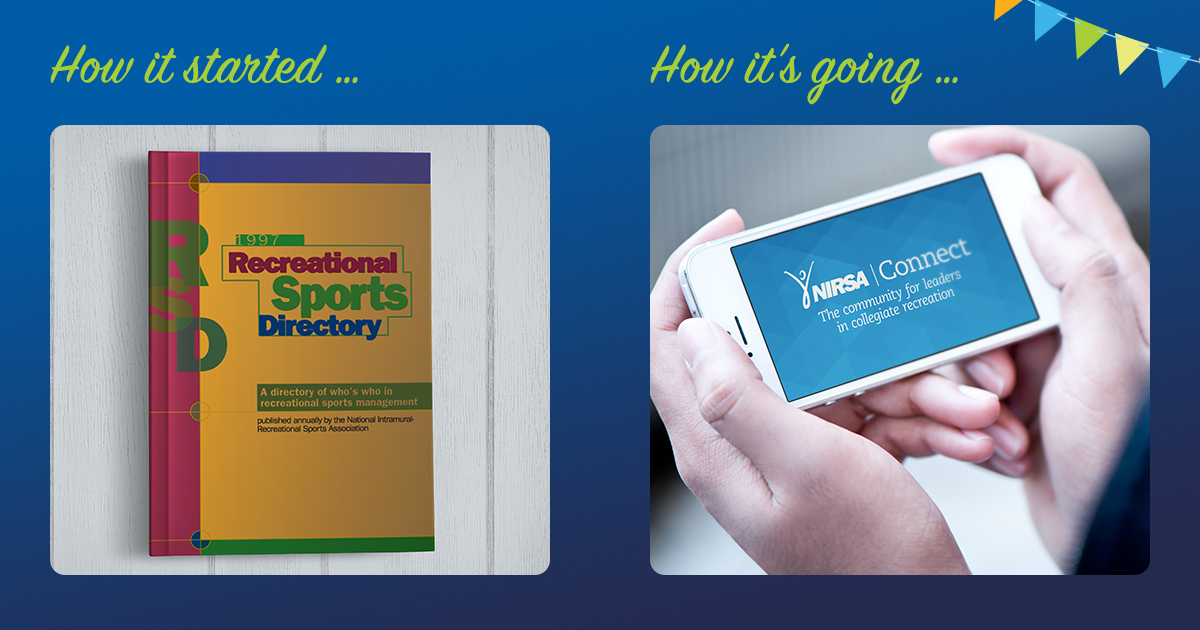 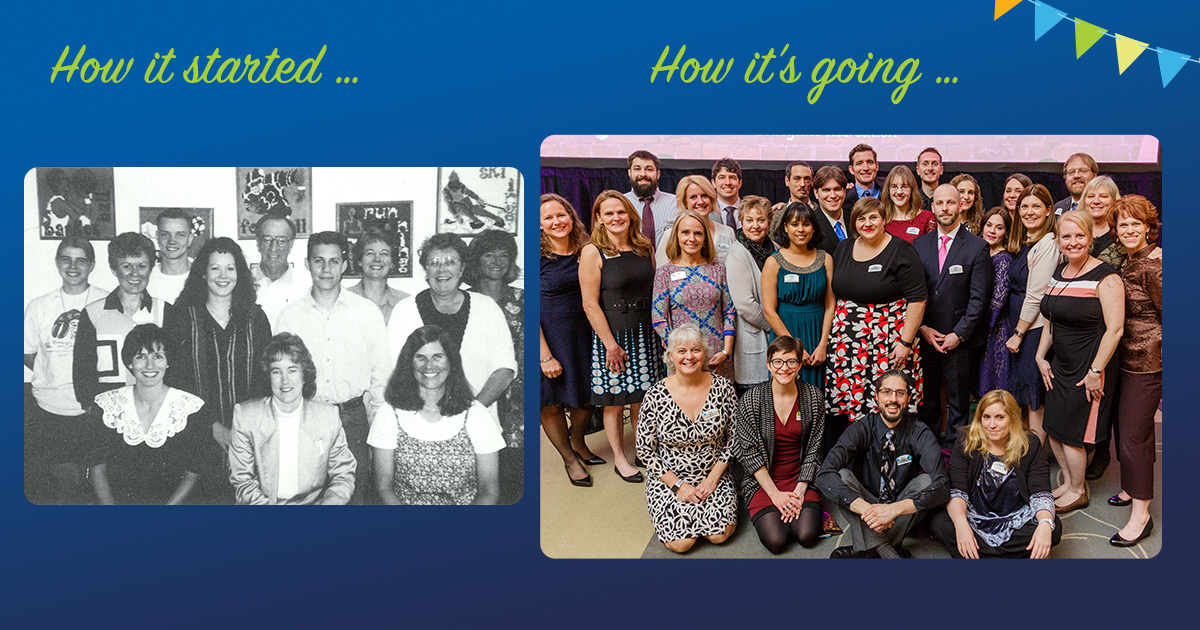 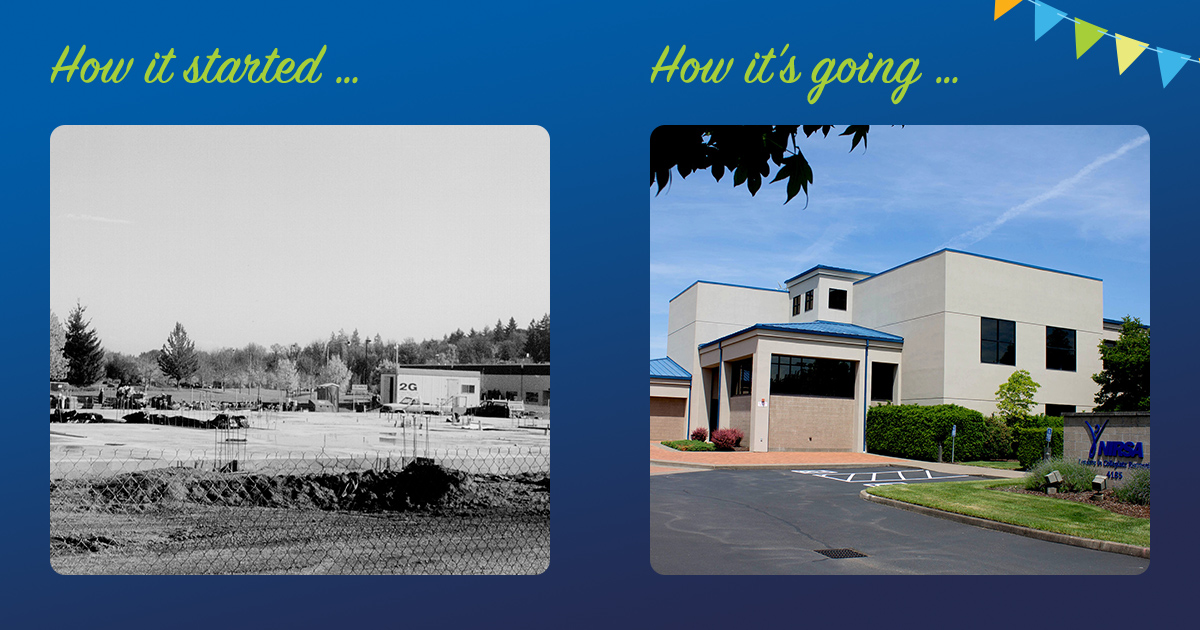 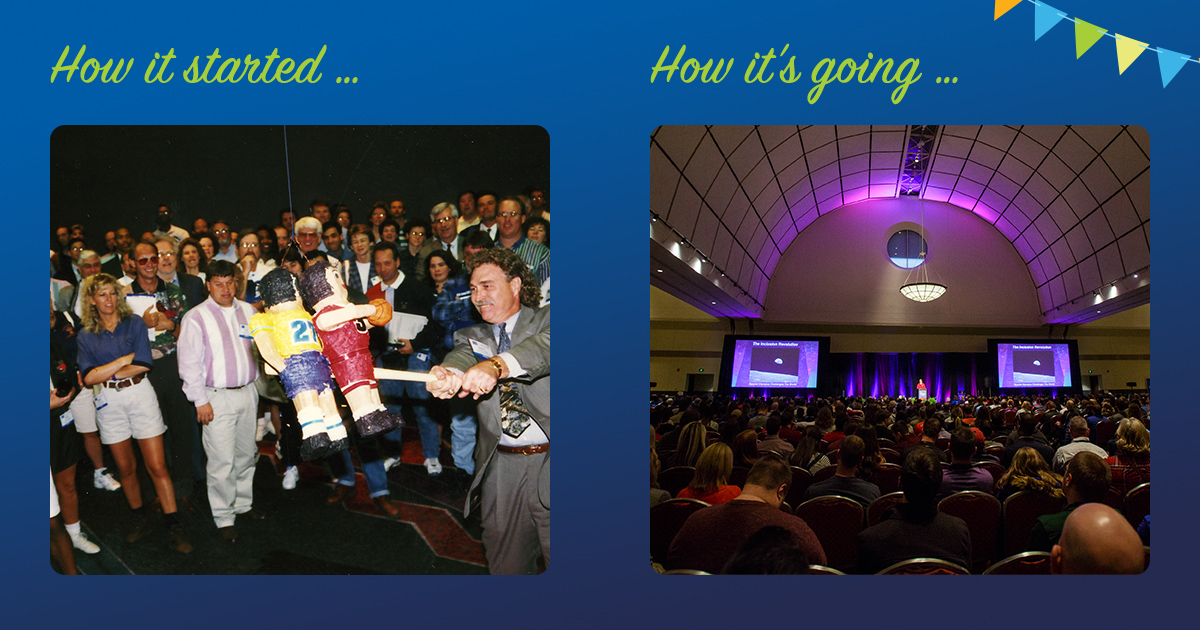 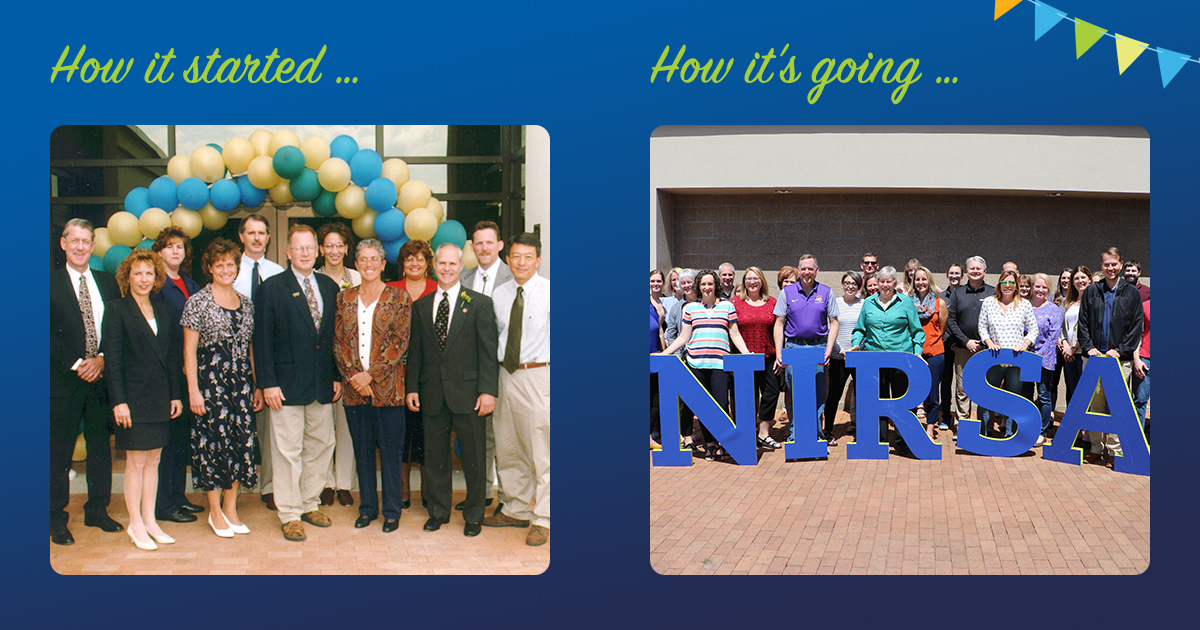 “Mary has an intimate understanding of NIRSA and its history that is unique and irreplaceable,” says Nicole Olmeda, Associate Director at the University of Texas at Austin, who first met Mary while working as a graduate assistant at Oregon State University in 1996. “Having someone at NIRSA Headquarters who also has roots in collegiate recreation as a student, a participant, and a professional has served the association well over the years,” explains Nicole.

“Mary has played a key role in many of my experiences in different leadership roles in NIRSA. Her professionalism and commitment to enhancing the association and the field of collegiate recreation have been helpful in capturing our history, improving the Recreational Sports Journal, and negotiating agreements when hosting regional conferences, to name just a few,” says Stacey Hall, Assistant Vice Provost for Student Life at the University of New Hampshire and Past President of NIRSA. 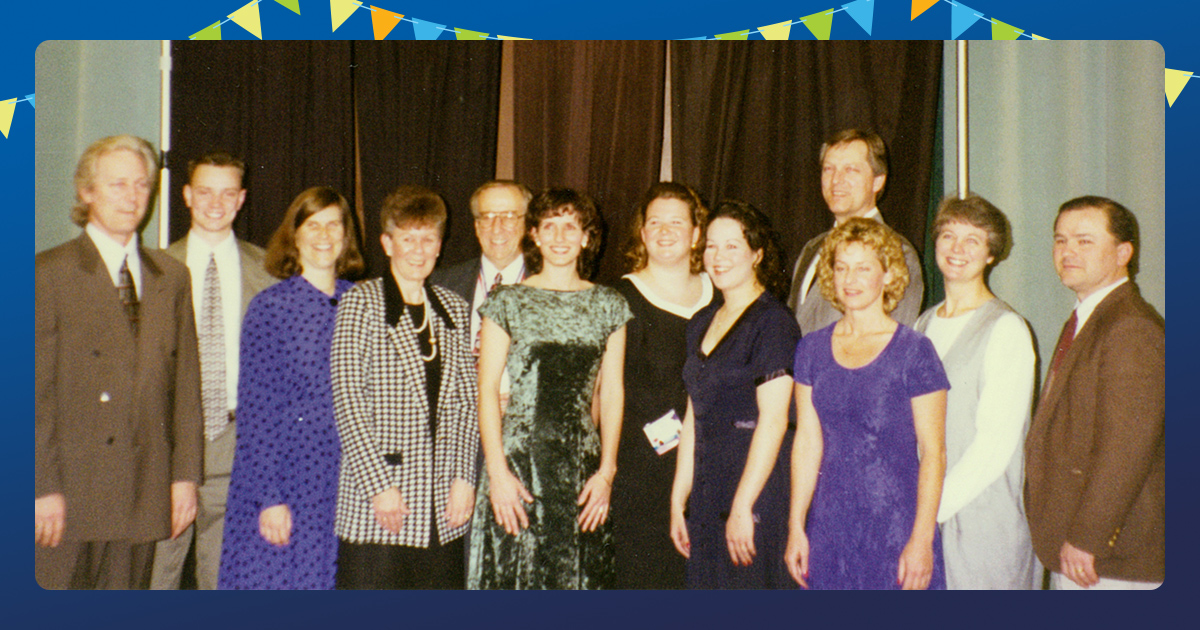 Stacey remembers, “one memorable experience occurred during my role as NIRSA President, during the 2017 NIRSA Annual Conference at the Gaylord National property; those attending will recall, a neighboring CPAC event made things at our venue very challenging. I appreciated Mary’s work as we made adjustments to address issues as they came up, and her dedication to keep the conference moving forward on a positive trajectory.”

“I appreciate so much how much Mary has made my job at NIRSA fun,” says Pam reflecting on Mary’s legacy. “But I also really appreciate Mary’s willingness to tell me the things that others wouldn’t. I wouldn’t be the Executive Director I am and I wouldn’t have been able to lead NIRSA in the ways I have led NIRSA without Mary behind the scenes telling me the things that no one else would tell me. That was one of the best gifts in my journey as Executive Director.” Pam also underscores the incredible influence and impact that she has had on leadership development. Pam says she’s been “hearing from our leaders—including our veteran leaders—about how much working with you taught them.” The entire team at NIRSA headquarters will certainly all miss Mary day-to-day. Pam adds, “I know I will be channeling her in my head often.”

What’s next for Mary

Thinking about the next chapter in her journey, Mary says she is looking forward to traveling and to finding a role at “a local, not-for-profit organization that supports the community.” 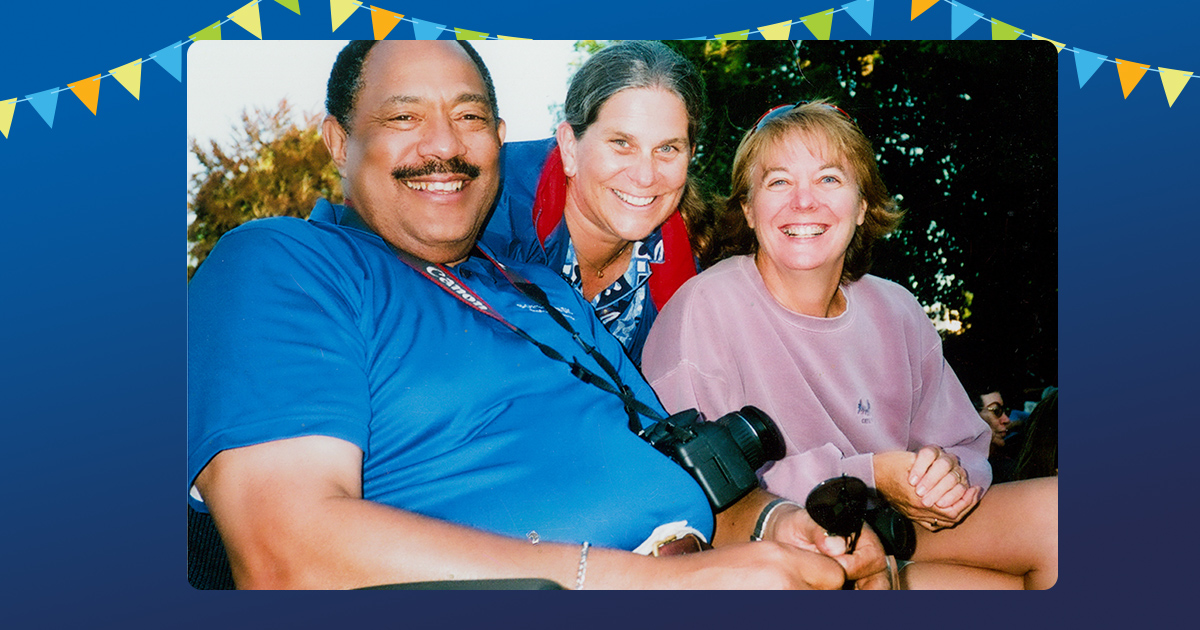 Individuals wishing to share congratulations with Mary on her retirement can send her a message using NIRSA Connect through September 30.