Learn about esports at University of Michigan – Ann Arbor

But this robust esports program didn’t pop-up overnight. Cybbi says that the groundwork towards the program began in earnest during the fall of 2018 and the competitive gaming opportunities were preceded by a couple of years with intramural events around FIFA, Madden, Call of Duty, Fortnite, and Rocket League.

See related: “The rise of esports in campus rec”

UMich Esports also has grown to include a community-based arm of the program that is dedicated to general gamers who play a variety of different games.

Esports at the University of Michigan

Competitive teams at UMich Esports consist of a total of 127 students across the ten games they support for competition. “Our recreational portion of the program engages around 500 students annually and our Discord server—which is comprised of current/past students, alumni, students and staff from other schools and companies—currently has 1800+ members.”

While esports and gaming have been around for decades, “within the last five years, campus recreation departments have seen a dramatic spike in their support for esports and gaming as part of their program offerings,” explains Cybbi. But much of the success of the program, she says, is rooted in her department’s commitment to researching trends and its willingness to lean-in to offerings that students are interested in.

“We were committed to esports when I first arrived on the University of Michigan campus and we’ve been ‘pedal to the floor’ every second since then,” Cybbi says. “Through my tenure at the Ann Arbor campus, we’ve inherited students who spend countless hours either perfecting their craft in gaming or in finding community around the shared love of video games.” While student interest in video games isn’t new, the support from administrative programs is new for these students and at University of Michigan “we’ve seen it cultivate their passion for not only competitive gaming, but also for potential careers within the esports and gaming industries.”

The pandemic has brought about many challenges for UMich Esports. “A big part of UMich gaming is the community and without the ability to gather physically in one space for LANs (Local Area Network…AKA a party where we play video games in the same space), it was difficult to maintain the energy and momentum of the program,” says Cybbi. “However, the nature of esports and gaming allows for a shared experience to happen, even with people in different physical locations,” she says.

The inaugural year of UMich Esports was a big driver of excitement to be sure; but, Cybbi says, “we also believe the pandemic brought more people into our space to find their community, and UMich Esports aims to be accessible and supportive for all students.” 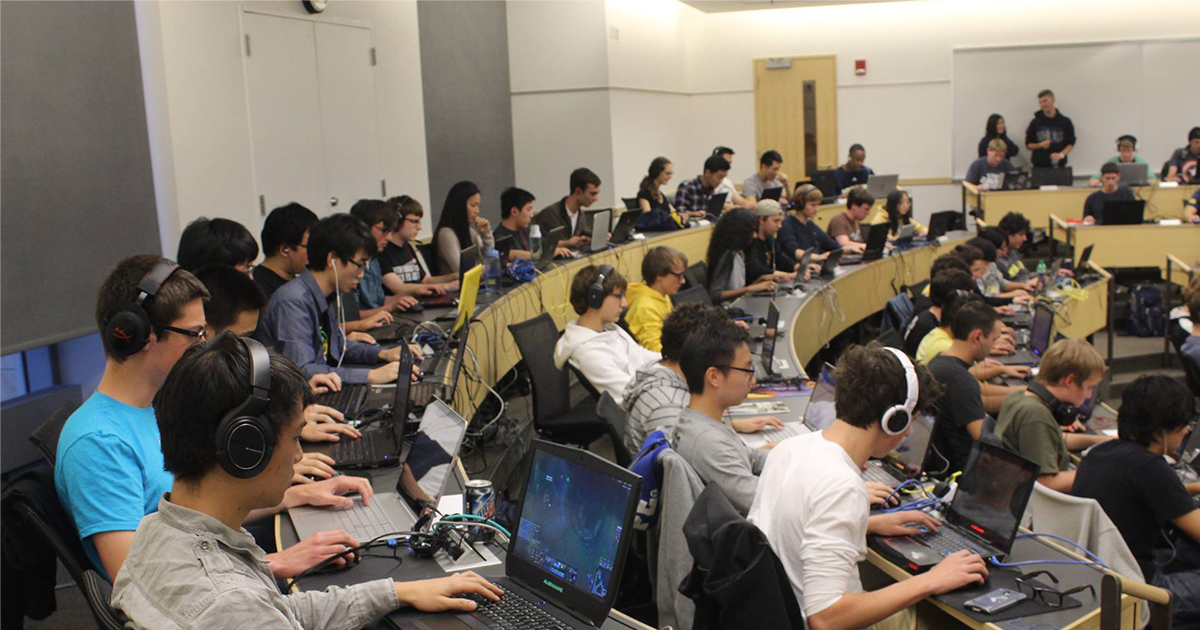 So, how can you find success with esports as a part of your campus rec program’s offerings? “My advice,” says Cybbi, “not only for programmers just beginning their careers, but for established programmers alike, is to learn as much as you can about the challenges and threats that come with gaming and being online. An already marginalized person who enters the world of gaming is almost always met with barriers that can quickly make a program experience unsafe for them to be involved with. So, take time to learn about any marginalized population’s in-game experience, and allow for open communication with your team, their opponents, or both.”

Barriers exist for many; there are students who will enter your programs who never had access to a gaming system when they’re were growing up. “Continue to educate yourself and use your resources,” says Cybbi. “Campus recreation professionals have an obligation to not only create a safe space for students on campus, but also to support, educate, and advocate for safe spaces for our students on the internet.”

Engaging with NIRSA peers—like Cybbi Barton—will help you connect with new segments of your student body as well as keep your esports programs at the forefront of trends.

“There are so many great things about gaming and esports,” says Cybbi. “I’ve seen many departments strive to engage students through gaming and esports who aren’t typically served through traditional programming. It makes our mission impactful.”

Join esports leaders from across the Association for two days of focused learning and networking around collegiate esports offerings—register today for the NIRSA Collegiate Esports Virtual Institute. Members save $70-100 on individual registrations, and bundle pricing is available for this online learning opportunity.