The 2022 Special Olympics USA Games is looking for student officials

NIRSA’s partnership with Special Olympics has continued to grow since it began in summer of 2016 with more universities than ever before offering Unified Sports intramural leagues on their campuses. The growth on campuses has been instrumental in the expansion Unified Sports Division at NIRSA Championship Series regional flag football and basketball tournaments, along with national basketball and soccer. The hope for the 2021–22 season is to have a Unified Sports Division at all four national championships.

As part of this growing partnership, NIRSA has an incredible opportunity for NIRSA student officials: A chance to officiate Unified flag football and basketball games at the 2022 Special Olympics USA Games!

The USA Games showcase the power and joy of sports at the highest levels. From June 5–12, 2022, more than 4,000 athletes and 10,000 volunteers from all 50 states and the District of Columbia will gather in Orlando, Florida to compete in 19 sports. They will be joined by an expected 125,000 spectators at this event that happens only once every four years.

Eight NIRSA student officials for flag football and six for basketball will get to demonstrate their officiating skills on this premier, national stage. They will also be directly contributing to the success of the USA Games, giving stage to the limitless talents of people with intellectual disabilities while promoting the barrier-breaking power of sport to promote inclusion and acceptance.

In addition to working for social wellbeing and inclusive environments (and building their own résumés in the process), the fourteen chosen student officials will have the opportunity to learn game management in a non-intramural and non-collegiate-campus setting, which can particularly be an asset to those wishing to continue with officiating beyond their time as students. There will also be an evaluator on site to help with skill refinement and development.

The application for this opportunity will be open from April 7, 2021, through July 1, 2021. During that time, the application will be accessible through the NIRSA Championship Series Staff and Officials webpage. Please note, all applicants must be available to officiate from June 5–June 12, 2022.

Priority will be given to officials with Unified programs on their campuses and who have officiated at a NIRSA regional flag football or basketball tournament with a Unified division. NIRSA’s goal is to have a diverse representation of officials. The student officials selected will be provided food, lodging, and can apply for a travel scholarship.

The student officials will have mentors onsite; four NIRSA professionals will be lending their expertise to the USA Games as well. Brooke Turner, Associate Director of Programs at the University of Alabama and past chair of the NIRSA Championship Series, will be overseeing all of the flag football officials while Amanda Alpert, Associate Director of Campus Recreation – Programs at the University of Mississippi and current chair of the Unified Work Team, will be working in operations in the flag football venue. Two additional NIRSA professionals will be in attendance to serve as supervisors of the student officials.

NIRSA did have representation at the 2018 Special Olympics USA Games. Two student officials and a Unified flag football coach have only wonderful things to say about their experience.

Mia Stewart of Virginia Tech says, “The best part about the USA Games is the level of camaraderie not just between teammates but throughout the whole organization. This was clearly shown during the Opening Ceremony when each state walked out their athletes and the others cheered for them—and not the polite clap that we so often see, but wholehearted cheers for their friends and competitors. The flag football games themselves were also amazing. Everyone came out every single game to compete, and to compete hard. It was so much fun to officiate and see how utilizing the strengths of every team member led teams to success. The rules are a bit different than the flag football rules I was used to [in NIRSA] so that was a learning curve, but the organizers for the officials were good about setting up meetings in advance of the tournament to go through the rules and answer any questions we had.”

Jordan Leslie of Oakland University says, “Officiating flag football at the 2018 USA Games in Seattle was a first-class experience. It really made me realize the impact that Unified sports have on students and athletes across the country. It will change your life!”

Amanda Alpert adds that “attending the 2018 Special Olympics USA Games as a Collegiate Unified Flag Football coach was an unforgettable experience that I will cherish forever. I would encourage all NIRSA student officials to consider applying for this officiating opportunity to play a significant role in continuing the growth of the already strong partnership that has been established between NIRSA and Special Olympics. This event will provide students with the chance to network with NIRSA professionals, Special Olympics staff, and officials (both NIRSA student officials and non-NIRSA officials), while also improving upon their officiating skills in order to take back what they learn to their campuses. It is my hope too, that these student officials will learn more about how they can get Unified Sports started on their campuses or ideas to enhance programs that have already been established.” 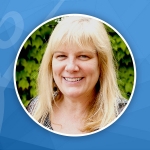 Valerie McCutchan is currently the Director of National Sports Programs at NIRSA. 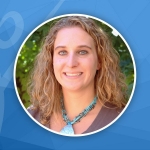