NIRSA membership votes annually, via electronic elections, to fill positions on the NIRSA Board of Directors and the Member Network as well as on any proposed amendments to NIRSA’s Bylaws. The 2020 NIRSA Elections will launch on January 16 and close on January 29.

Nicole Olmeda, CRSS, The University of Texas at Austin

Professional members will have the opportunity to vote on candidates applying for President Elect and At-Large Director on the 2020-2021 NIRSA Board of Directors, as will members of the Student Leadership Team.

Amber Mateer, University of the Pacific

As a reminder to all members, candidates for the NIRSA Board of Directors and the Member Network don’t “run for election,” they “stand for office.” All candidates have agreed to serve the Association and it is an honor to have any one of them represent the membership. Therefore, it is not appropriate for members to campaign on behalf of individual candidates.

An electronic voting platform will be in place for the 2020 Elections. Please make sure your member profile is updated with your current email address so you can exercise your opportunity to vote! Only those professional and student members whose NIRSA membership is active as of 8:00am PST on January 15 will be eligible to vote.

See related: “A message from the NIRSA Board about proposed bylaws amendments” | “Eligible members can soon vote on proposed amendments to NIRSA Bylaws” 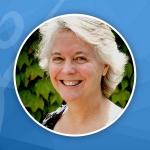