The NIRSA and National Association of Campus Activities (NACA) boards of directors have determined there’s a need to continue the work of the Esports Task Force this upcoming year. Last fall, the NIRSA/NACA Esports Task Force conducted an initial scan of the current and desired state of esports on college campuses; they learned that of the 179 survey participants, 89 indicated the presence of some sort of current gaming program on their respective campuses. The survey also showed both schools with existing programs as well as those still exploring the idea of offering esports programing are in need of resources. The task force learned that esports continues to be an emerging area for campus recreation. Students are organizing through various student organizations, and administrators are being asked to provide programming through intramural and sport club models.

The joint task force will continue their work and explore options to create resources for esports programs on college campuses—primarily for intramural and sport club models. Some of the work of the task force will be to continue to populate the Esports Community on Connect and generate a list of NIRSA/NACA “esports experts” who are willing to be a resource, act as mentors, and lead some virtual networking opportunities and information sharing. NIRSA task force members will also lead an education session at the 2020 NIRSA Annual Conference. 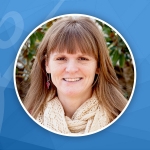 Sarah Leskovec is currently the Member Relations Manager at NIRSA.