NIRSA members and leaders in Montana propose a regional move

Volunteer NIRSA leaders from the State of Montana have brought forth an official request for regional realignment, proposing to change their regional affiliation within NIRSA from Region V to Region VI.

Earlier this month, the NIRSA volunteer leaders in Montana submitted the regional realignment proposal to the NIRSA Member Network in accordance with NIRSA’s new Regional Composition Policy.  The policy was adopted by the NIRSA Board, after the 2017 membership voted to approve changes around regional composition in the NIRSA bylaws.

Rationale for the change in regional alignment offered by Montana’s NIRSA leaders is primarily geographical, given its proximity to other universities and colleges. Travel, networking, and student engagement would be more accessible with schools in Region VI rather than Region V because most of the colleges and universities in Montana are closer to the western boarder of the state, making several Region VI schools much closer than those within its current region.

As outlined in the policy, the next step involves soliciting NIRSA member comments. Members are invited to provide feedback on the proposed change via email to a Member Network representative, in person at an upcoming regional or state conference, or via the member comment form available from the announcements section of NIRSA Connect.

The member comment period will remain open through November 8. In mid-November, the Member Network will submit the Montana proposal, Member Network commentary, and member feedback collectively to the NIRSA Board of Directors, who will consider all materials before making a final decision. 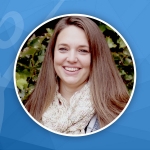 Emily Hughes is currently the Campus Activations Director at NIRSA.