Last month in Orlando, FL, a new USTA Tennis On Campus National Champion was crowned: the University of Michigan came back to win its first-ever national title (24-20) over the University of California-Irvine. The packed stands and enthused fans created a fun and competitive atmosphere for the teams in the finals.

Michigan started out with a 6-2 women’s doubles win for Kerry Hu and Laura Ucros-Tellez over UC Irvine players Melissa Huang and Kaitlyn Nguyen. Hu increased that lead in the women’s singles with a 6-5 win in a tiebreak over UC-Irvine’s Yoshino Takashimizu.

UC-Irvine added some excitement with Gabriel Cupino’s and Tommy Luu’s 6-2 win in men’s doubles over Michigan’s Max Rothman and Alex Gruskin. UC-Irvine pulled into the lead with Andy Francis’ 6-4 victory over Koushik Kondapi.

Going into the final mixed doubles match of the competition, UC-Irvine was leading 19-18. Thanks to some impressive play by Ucros-Tellez and Rothman, Michigan pulled ahead and won with an overall lead of 24-20. “To be honest, I just believed in Laura and me. We played well the whole tournament,” Rothman told the media after the match.

Although a tough loss for UC-Irvine, the team’s spirits were high in a post-game interview. “In the end it’s not about winning or losing,” captain Tommy Luu told the media. “We’re all together. We fought every point.” UC-Irvine will be losing senior Huang, along with crowd favorite Takashimizu, who is a foreign exchange student and will be leaving UC-Irvine after this school year.

Alex Gruskin, captain of Michigan’s team, described the tournament, saying, “What a night, to have fans like this. This is a once in a lifetime opportunity for students like us.” He complimented his team for playing well, and added “This is the most fun thing I’ll do in college. I have no doubt the future is bright for our team.” Michigan will be losing Gruskin and Ucros-Tellez, who will be graduating in just a few weeks.

At the awards ceremony, the University of Alabama was announced as the winner of the National Club of the Year award for this season. The award is presented annually to the college or university club tennis team that has achieved a level of sustained excellence while also demonstrating a commitment to giving back to its local community. The University of New Mexico was presented with the tournament’s Sportsmanship Award.

Remembering these events are about more than competition, Co-Tournament Director and NIRSA Director of National Sport Programs Valerie McCutchan says this of the weekend: “I truly believe these students are our leaders of tomorrow. Leading up to the tournament, I work closely with team captains and am able to see their passion, drive, and determination not only on but off the court.” She continues, “Teams work hard all year to get here and it’s always exciting to see the culmination of their season.”

Stephanie McAlpine, Director of Competition and Assistant Director for Aquatics and Sport Clubs at The University of Texas at Arlington, adds, “It was great to be a part of the volunteer team from both USTA and NIRSA, and see such a collaborative effort to put on another successful event. This year was the best I have been part of. It was seamless from the first serve to the last.”

And don’t forget to check out the Day 1 Recap, the Day 2 Recap, and the Championship Match on YouTube! Visit the Tennis On Campus website for complete results, stories, photos, and information on previous champions.

Thanks to the volunteers and NIRSA staff who helped make this year’s event a huge success! 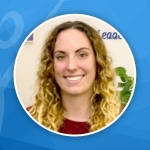