Sometimes you can just look around a room and know you’ve found your people. That’s how many NIRSA members describe their first NIRSA conference experiences, and it is how NIRSA Headquarters staff members Erin O’Sullivan and Valerie McCutchan felt after attending the Special Olympics North America (SONA) Meeting in Denver, CO earlier this month. From the fashion (khakis and polo shirts were the outfit of choice!), to the discussions (finding funding for programming, balancing competitive and recreational teams), to the easy and frequent laughter of attendees, “being with the SONA folks,” says Erin, “felt a lot like being among the NIRSA family!”

Furthering the Unified Sports® initiative has been written into the organization’s strategic plan and it was clear from the opening general session that Unified Sports® would be a central topic at the event. The emphasis on the initiative is with good reason too—Unified Sports experiences are the embodiment of Special Olympics’ push for social inclusion.

Expanding programs and opportunities at colleges and universities

Unified Sports at the college level was a topic of particular interest to those gathered; after athletes age out of high school programming, participation can easily drop off. This isn’t surprising—just like the students on our campuses, these Special Olympics athletes find themselves in a time of transition after high school. They need to find jobs, figure out how to pay rent, and learn to do laundry or prepare meals. Yet, these concerns offer even more reason for them to continue their participation in Special Olympics at the college level—there is intense commonality between the participants and this makes it all the more rewarding for both sides to be a part of.

One major takeaway from the conference was that SONA state directors very much want to partner with campus recreation departments in their respective areas, yet they often struggle with making an initial connection. NIRSA Headquarters has been working with SONA staff to help direct their members, but we want to ensure NIRSA members feel empowered to reach out to their Special Olympics counterparts as well!

A helpful tip this conference raised: if your department isn’t having luck making those initial connections with Special Olympics through email, see if your campus has an SO College student club. These clubs often have established relationships with the local SO chapters and can be a great way to get introduced to their sports people.

Erin and Valerie presented two sessions during the Denver meeting—once at a partner panel during their general session and once during a breakout educational session specifically focused on forming Unified Sports partnerships at the college level. The two also made a concerted effort to inform our extended SONA family about—and invite them to—NIRSA 2017.

A Unified Sports precon is already in the works for NIRSA 2017 and the Expo once again plans to host a Unified Sports Experience. We’re hopeful many of the state, provincial, and local Special Olympics sports directors will join us in National Harbor. For both Special Olympics folks and NIRSA members, the strongest connections are made in person, and NIRSA is very excited to help grow the Unified Sports programs and experiences by facilitating meaningful connections during our association’s premier event! 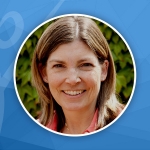 Pam Watts is currently the Executive Director at NIRSA.