By USTA Tennis On Campus

The Cal Bears defeated the University of Florida, 27-13, in Saturday’s championship match that brought together the top 64 co-ed intramural and sport club tennis teams representing colleges and universities across the US. The team is captained by senior Teddy Chung and features Ingrid Ballus Armet, Sarah Dessouki, Joel Garcia, Stephanie Hui, Diane Ji, James Kong, Riccardo Lemos, Stephanie Lin, and Manpreet Tiwana. This marks the third national championship title that University of California–Berkeley has taken home (previous titles were in 2010 and 2012).

“We are all thrilled winning the TOC National Championships. It shows how well we bond as a team and how close our team has become this past year,” said Teddy Chung. “Club tennis has helped my life, and I made a lot of friends on the way.” 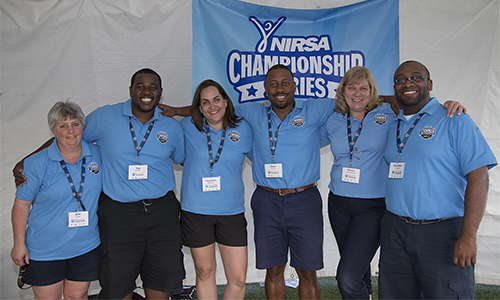 The USTA Tennis On Campus program features more than 35,000 college students competing nationwide in intramural and intercollegiate co-ed club play. Since its inception in 2000, Tennis On Campus has grown significantly and today is played on more than 600 college campuses across the country.

“Few teams compete with the skill and passion of these UC Berkeley kids,” said Glenn Arrington, USTA Tennis On Campus National Manager. “They went out and just crushed it all weekend. It’s good to see a team that prepares as diligently as they do enjoy this moment.

“I hope their recent success will inspire the hundreds of schools involved with Tennis On Campus to raise their level. As it is, all the clubs here in Surprise have impressed me with how well they’ve played and supported one another as teammates.” 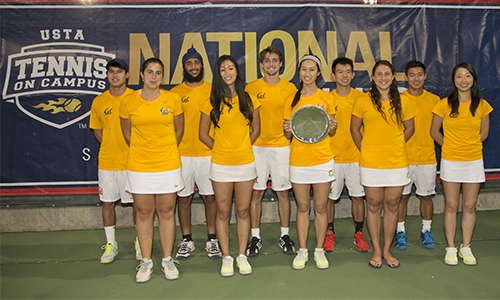 The 2014 Tennis On Campus National Championships was a great success!

Developed by the USTA in partnership with NIRSA, World TeamTennis, and the Intercollegiate Tennis Association, the Tennis On Campus program gives college students the opportunity to build leadership skills, network in a sports environment, and compete on a college team without the rigors of playing in a varsity program. With year-round match play, and regional and national championship competition, students maintain active and healthy lifestyles through their college years.