The NIRSA staff office gets a new name

In an effort to embrace and project a global perspective for the Association—one of NIRSA’s six strategic values—and to acknowledge that NIRSA serves a robust contingent of members outside of US borders, the NIRSA Board of Directors recently endorsed a name change for the NIRSA staff office that no longer uses the descriptor “National.” Going forward, when referring to the physical office at 4185 SW Research Way in Corvallis, Oregon, the Association will use the newly sanctioned term “NIRSA Headquarters” to replace the old “NIRSA National Center.” 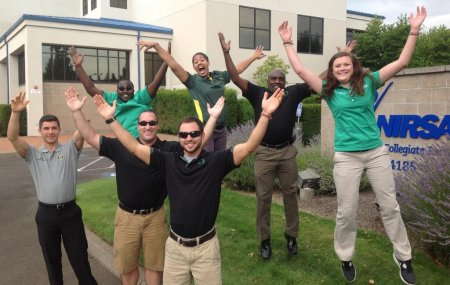 The name change is consistent with a number of other changes that the NIRSA Board has instituted to align the Association with our strategic values. Click on the links below to read more about other name changes to NIRSA programs, awards, and leadership titles:

Although NIRSA—in its concerted efforts to be more friendly, open and accessible—will continue its initiative to reduce acronyms and abbreviations, the use of NIRSA HQ will be used in certain situations as shorthand. In referring collectively to the employees who staff the NIRSA Headquarters, Association leadership has elected to use the term “NIRSA team at headquarters” or “NIRSA team at HQ” in the place of the old “NNC team.” One of the most valuable resources our Association has cultivated over the last 25 years is the skilled staff at NIRSA Headquarters. As always, if you have any questions about the products, programs, or services offered by NIRSA, please don’t hesitate to reach out to any member of this team.