On August 24, 2021, Kansas State University Recreational Services celebrated 100 years of service at K-State, albeit nearly a year later than planned due to the COVID-19 pandemic.

The Recreational Services staff came together this August to provide the K-State community with safe opportunities for fun and games in a family-friendly atmosphere during the celebration—just as they have for the past year despite the pandemic.

The first iteration of Recreational Services at K-State began in November 1920; 33 men’s basketball teams participated that fall in team competition coordinated by the physical education department. This marked the beginning of intramural sports at Kansas State. Over the next few years, other sports—such as track, baseball, wrestling, swimming, and horseshoes—were added. In 1924, Geneva Watson founded women’s intramurals which included dancing and volleyball. 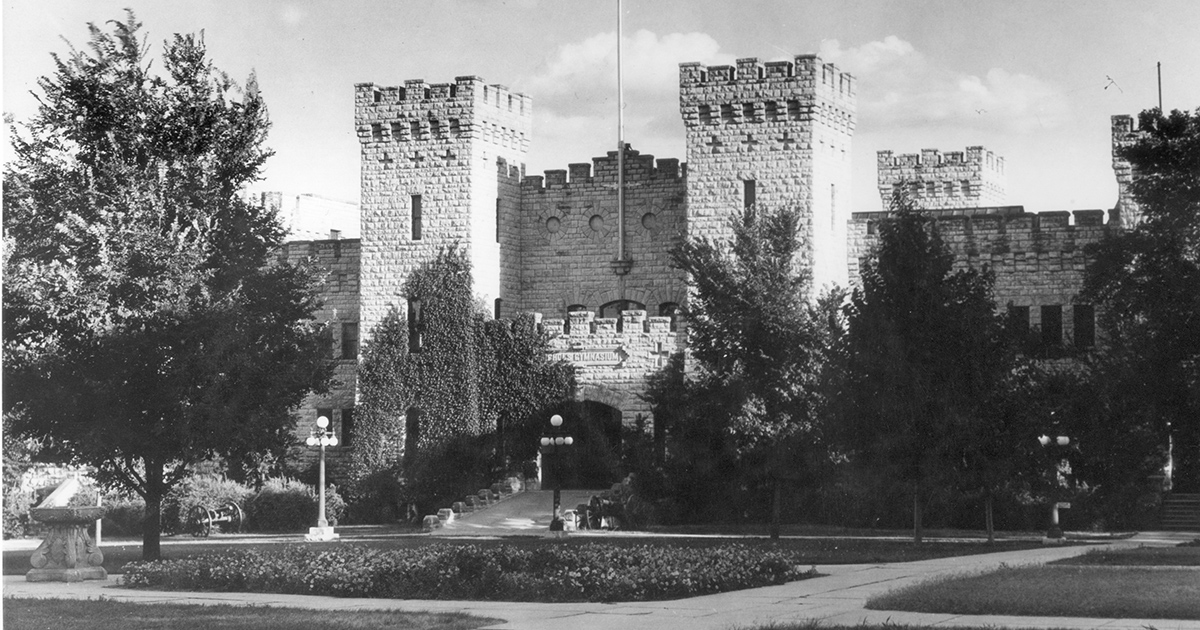 See related: “Making a jubilee celebration for the Centennial of Collegiate Recreation”

Intramurals were played in Nichols until 1951. In 1948, K-State students passed a referendum for a new facility; the Ahearn Field House was completed in 1951.

Following this, intramural activities moved to the Ahearn Field House and more intramural sports were added. The university continued to expand intramural facilities, including new outdoor fields and handball, racquetball, and tennis courts in the 1960s. 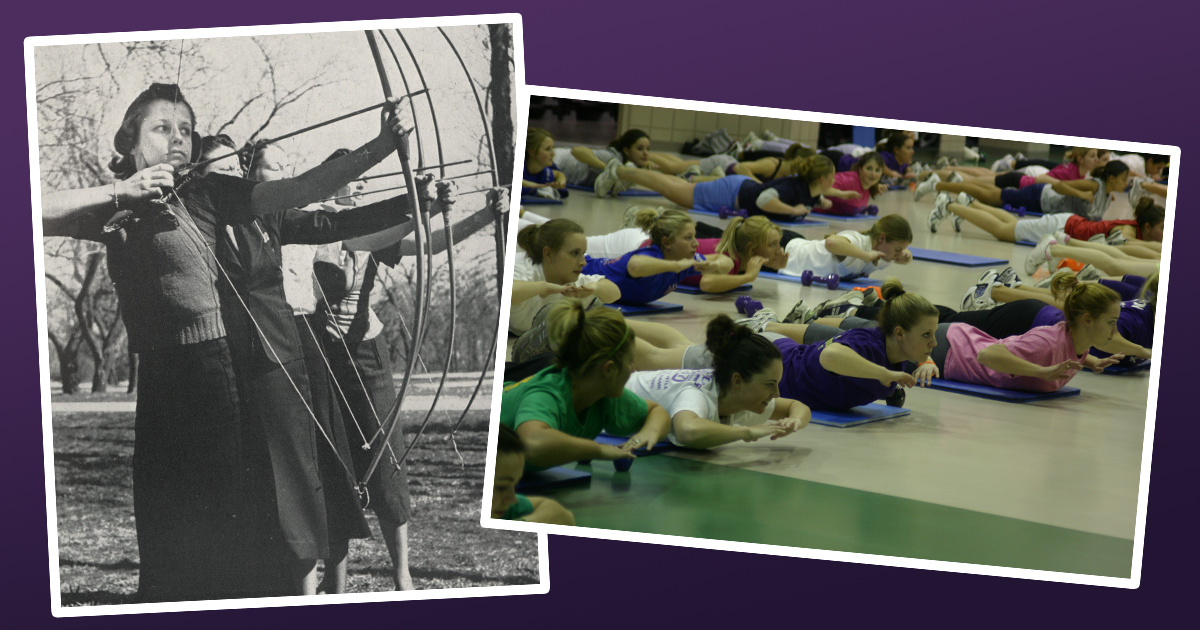 The expansions didn’t stop there. The intramurals program celebrated its 50th anniversary by this time and the addition of the Natatorium in 1973 led to more fitness programs including aqua fit, intramural swimming, water basketball, and innertube water polo. During the mid-70s, the intramural program became part of the Office of Student Life and formally took up the Recreational Services title following the completion of the Natatorium. Discussions about creating a new, larger facility for fitness and recreation on campus started at this time.

By 1980, thanks to the efforts of Chester E. Peters, Vice President of Student Affairs at the time, K-State became one of the first universities to open a multi-million-dollar, stand-alone student recreation facility. The facility boasted a weight room, 16 racquetball courts, two gyms, an indoor running track, and a multipurpose room.

Since the turn of the century, the Outdoor Rental Center received a new facility, and the outdoor tennis and basketball courts were renovated. In response to the decline in popularity of racquetball, Recreational Services renovated five of the existing racquetball courts in 2018, creating the Performance Zones, which now serve as dedicated functional training spaces. 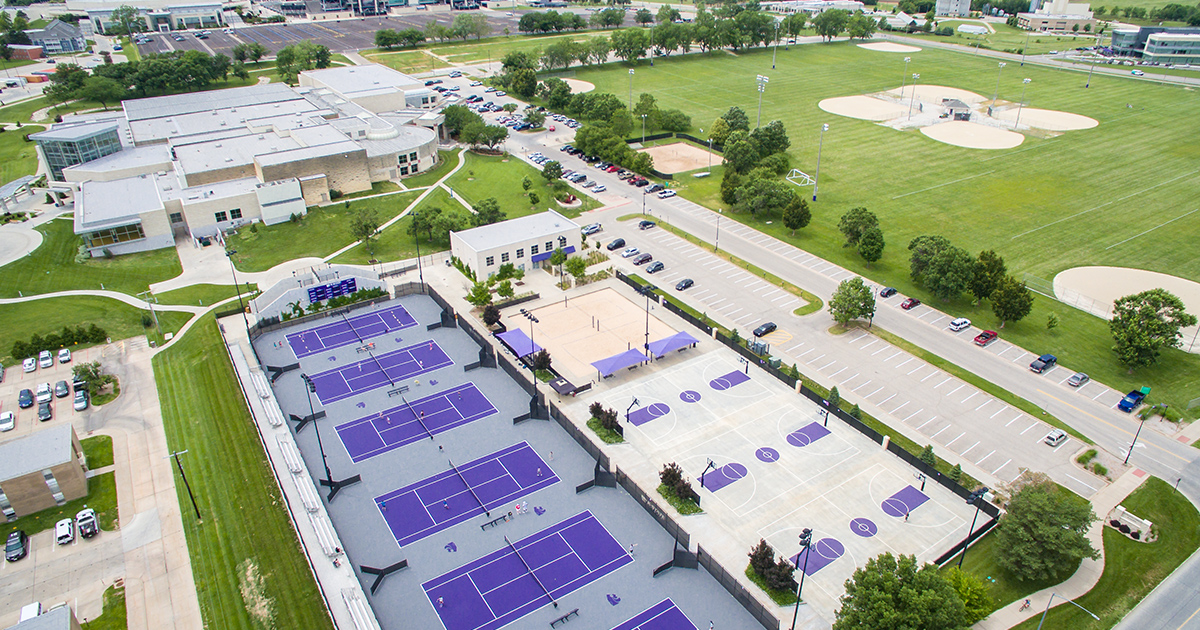 Today, Kansas State University Recreational Services continues to foster friendships and strengthen bonds; it is the hub that keeps the campus community healthy and thriving through physical activity. Recreational Services is committed to creating and growing programs to promote the wellbeing and mental health of its students, staff, and community.

See related: “Be prepared for the changing face of campus recreation centers”

Hundreds of students participate in intramurals on campus each year. Additionally, Recreational Services provides job opportunities for many students looking to enhance their college experiences through university employment. Students who have longer-term interests in coaching or officiating often take on the responsibilities of intramural supervisors to practice these skills under the tutelage of dedicated student affairs professionals. 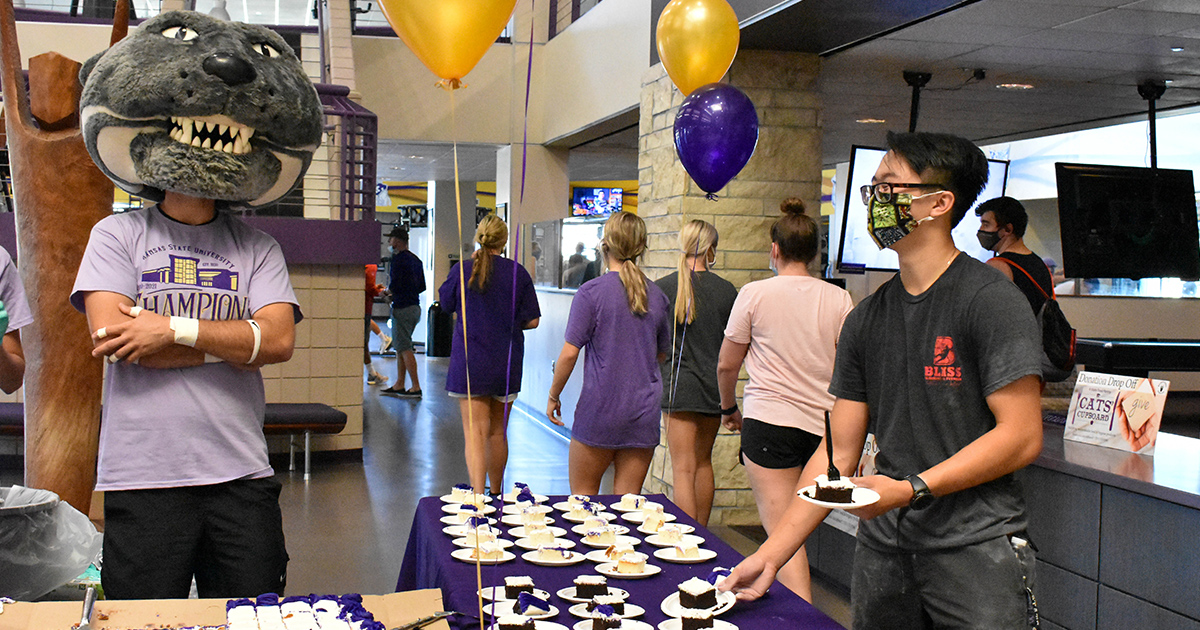 “I got started [working in campus recreation] because I wanted to make money,” admits Joshua Schmidt, a graduate student at K-State majoring in curriculum and instruction who recently started his tenure with Kansas State Recreational Services. Joshua aims to become a KSHSAA-certified referee. “I want to be an official and I think intramurals on campus is a great way to get started,” he adds. His responsibilities now include supervising flag football, soccer and assisting new officials.

Many dedicated campus recreation professionals have guided students like Joshua. Their contributions to the professional association of NIRSA are many. The list of mentors and leaders included former Recreational Services Director Steve Martini, who had a 41-year tenure at K-State. 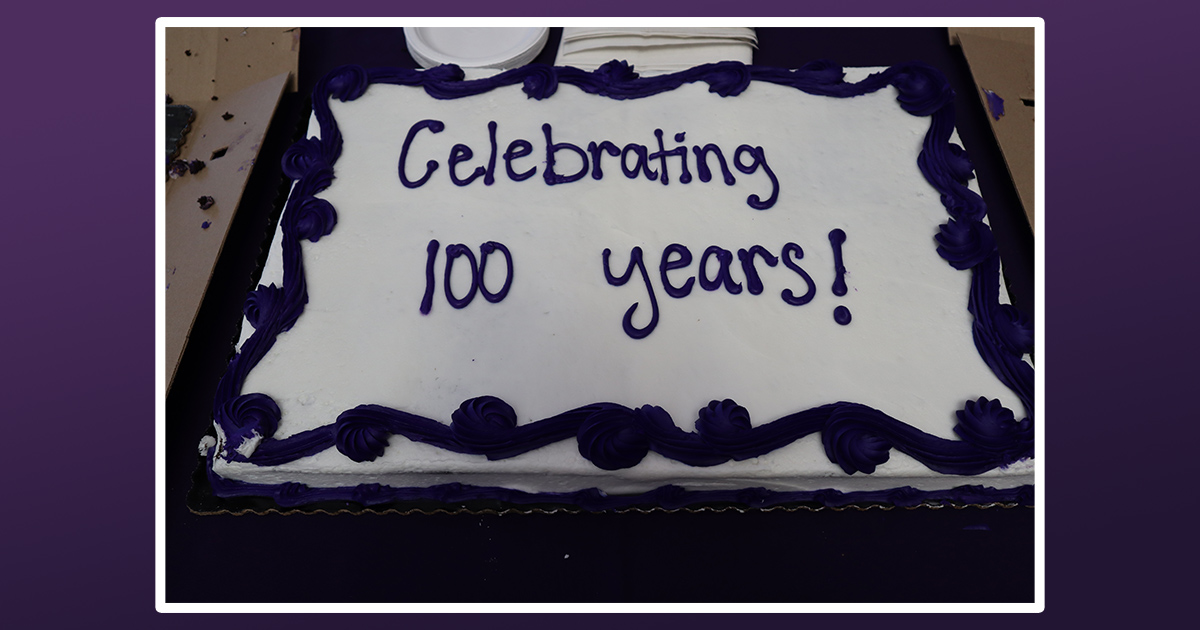 Together, the Recreational Services family and K-State community have celebrated a rich 100-year history. The August 24 celebration featured cake and ice cream, a climbing wall challenge, a sand volleyball tournament, and special appearances by the K-State Marching Band and Willie the Wildcat. 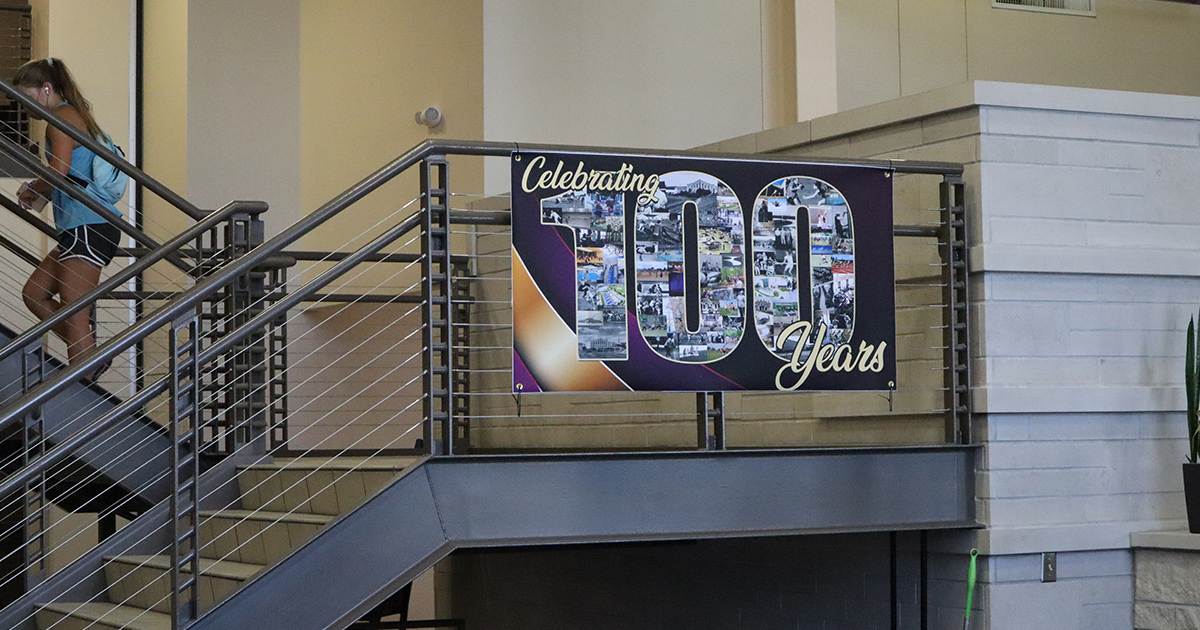 Bailey Britton is currently the Student Marketing Assistant at Kansas State University Recreational Services; she can be reached by email at baibrit@ksu.edu.