Ninety-six teams will compete in four divisions at the 2017 NIRSA National Soccer Championships, which are set to kick off in Phoenix, Arizona at the Reach 11 Sport Complex from November 16-18. More than 2,000 student athletes and volunteer tournament staff will take part in this exciting event!

The tournament’s co-directors of competition are Danny Feitel, Associate Director at the University of California-Merced, and Associate Director of Programs at the University of Wisconsin-Madison Erick Jaeke. They both continue to work diligently with regional coordinators to complete the last few weeks of competitive and intense regional qualifying events. The tournament schedule will be available on the NIRSA website beginning November 9.

With the regional tournaments all wrapped up this past weekend, the Championship Division is coming together and it’s looking like we’re gearing up for a very exciting tournament. The available automatic bids for each region are below:

Stay tuned and keep looking at the NIRSA National Championship Series Soccer webpage  for more updates. You can also keep up to date by following @NIRSAChamp on Twitter and following the NIRSA Play Blog. And be sure to tag #NIRSASoccer in your tweets, Instagram, and Facebook posts!

NIRSA would like to thank  Visit Phoenix, Arizona State University Sun Devil Fitness, Kollegetown Sports, and the Reach 11 Sports Complex for their support of what is sure to be another outstanding NIRSA tournament. The Association would also like to thank all the outstanding officials and staff who make this event possible. The NIRSA National Soccer Championships are not just a place for players to showcase their talents; every year, this event puts the amazing talent and dedication of top-notch officials and staff from all around the country on display. You can support the continued growth of NIRSA Championship Series Soccer by making a #GivingTuesday  contribution to the NIRSA Foundation. 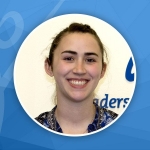